As a young black male, I am proud to say that I have an active father who was there as much as he could be. Financial support is important but not as half as important as the tutelage that I was blessed with. I’d like to open by saying, my father had a funny way of teaching lessons. I have so many stories that I’ll drop one of these weekly in attempt to entertain you all.
SO, As I grew older, stronger and more intelligent, being whipped went out of the window and my father engaged in psychological warfare. The year is 2007. It’s my junior year, I’m 5’11” 215 pounds. Lean, 4 Star Football recruit, car and braces.. Practically unapproachable. In the neighborhood I grew up in, white side and black side, the garbage man drove into your driveway and picked the trash up out of your backyard. All I had to do was pull the trash from the back porch onto the grass. 5 FUCKING FEET. Being a teenager, I didn’t see the significance in a five foot distance, but I would soon learn. My pops told me to move the trash one night and opposed to doing it, I played Halo 3 until I fell asleep on the couch, assuming that the trash man would take a few extra steps. WRONG. I woke up the next day and my pops calmly said “Put the Trash in your room.” I’m like…. Huh? He says “Since you can’t follow simple directions and you choose to be irresponsible, yo ass gone sleep with the OUTSIDE trash INSIDE your room. Let’s see if you forget to take it out again.”

When the trash in the kitchen filled up, they put it in my room. Bathroom trash filled up? In my room. I even tried to sneak and sleep in the basement one night and pops woke me up like “Nah son, you gone learn.” After three days of trash being in my room I had to put on my football helmet and fight a fucking maggot infestation. My father thought that was the funniest shit ever as I rolled around checking my shoulders like smokey every night. Thursday couldn’t come fast enough. The trash man always showed up at about 745 on my side of the block. Thursday morning, I was outside with the trash in hand at 730. I had set an alarm on my palm Treo and refused to fuck up again. Trash man zooms up in the yard and is astonished by two weeks worth (I had 5 siblings at the time) of trash. When I told him what happened he Burst out crying laughing and having a fit, rolling around the yard pointing and shit. He was worse than Charlie Murphy and Mike Epps on “Roll Bounce.” I couldn’t wait to thoroughly clean my room. I vacuumed, shampooed the carpet, wiped down everything. My room was flawless, everything in order. It was a summer day, AC was blasting and I was playing Madden 07 in my warmups when my pops walked in. He sat on my couch and said the following:

“I want you to be a thorough nigga and an international man, son. I didn’t make you sleep with the trash in your room for some sort of sick satisfaction, well, not fully, but so you would learn. Being clean and being responsible are two things that are essential in life. If you’re irresponsible and nasty no person, man or woman will want to deal with you. You have to prioritize and be able to follow directions in life. You aren’t an animal, I won’t beat you, but I will teach you in the best way I know how. I love you son.” 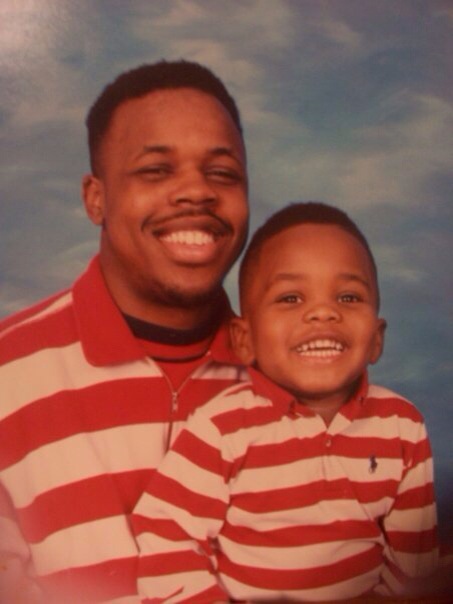 One thought on “BLACK DAD CHRONICLES #1”