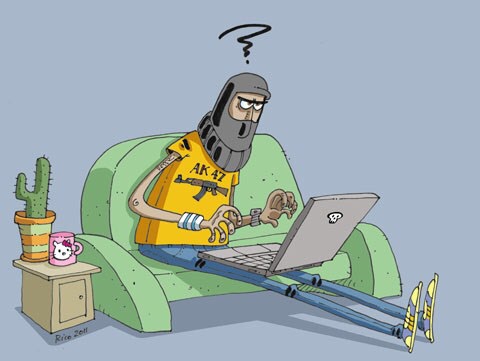 I think the phrase “its just Twitter” is a cop out.

Because in reality, is it ever really just Twitter? And isn’t it funny how that phrase only comes up when someone is being confronted or feels disrespected?

It’s crazy how some assholes on the Internet interact with strangers. A person could come out of the blue, verbally assault you, and the second that you react they say; 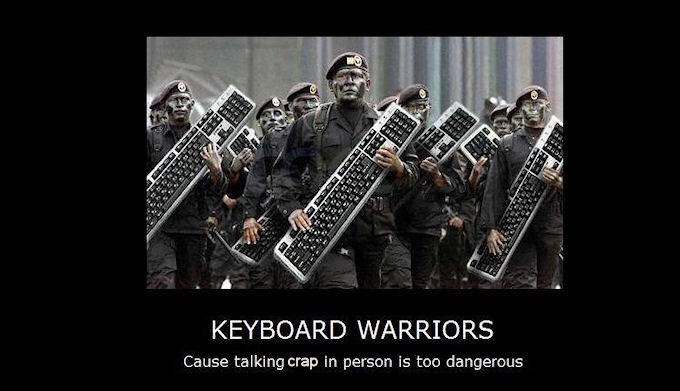 I have a theory; I like to call it the “Never Been Punched in the Fucking Face” theory. When I was in high school I saw and participated in my fair share of physical altercations.

And because I’ve been in altercations on numerous occasions, it’s baffling to grasp the idea that some people have never been punched in the face. Not even a stray right hand that was intended for your homeboy.

Point being, anyone who’s ever been in a real fight has been punched in the face at least once. But if you pay close attention, its really easy to tell who’s fits the criteria for this theory.

See, if you’ve ever squared up with a person you really had beef with you understand when someone is serious about their threats, aka “bout that action”.

If you’ve been punched in the face before, it’s real to you. You comprehend that a human will touch you if you disrespect them. The sharp pain of a fist to the soft area of the face will change your outlook on things.

In most cultures, especially black culture, talking shit is an express train to an ass whooping. Why do people on social media think that they can talk shit to people and that just be it? And the second a person feels disrespected, the aggressor accuses them of overreacting, being sensitive, etc.

Internet trolls love to be the aggressor. You know why? Because trolls have no intentions on fighting you in the first place, they just wanted to see you react. When you react to something that means it struck a nerve. They touched something, and to lame ass internet trolls? That’s better than gold.

Sidebar, Why do people follow individuals that they don’t fuck with? That’s weird as fuck to me. Are you obsessed with this person? Are you that much of a narcissist that you watch their every move to see if they’re talking about you? That’s fucking psychopath behavior.

The worst thing you can do on social media is react. See something, absorb it, relinquish it and keep going. Happiness comes from the inside,and you choose who you follow on social media.

Regardless of how people attempt to play it off, any social media platform is an extension of real life. People are either being themselves, who they want to be, or trolls.

Marriages, friendships, STD’s and jobs have all come from Twitter interaction. Twitter is the closest thing that we have to digital thought and feeling storage.