I’m a Cleveland kid, born and raised. I’m a corned beef eating, Faygo Pop drinking, cold weather surviving, Timberland wearing menace, and there BETTER be sauce on my fries. I ran the streets of Shaker Heights, Harvard, Cleveland Heights, East Cleveland, Down the Way, 55th and Broadway, Longway Projects. My face card is good back home. 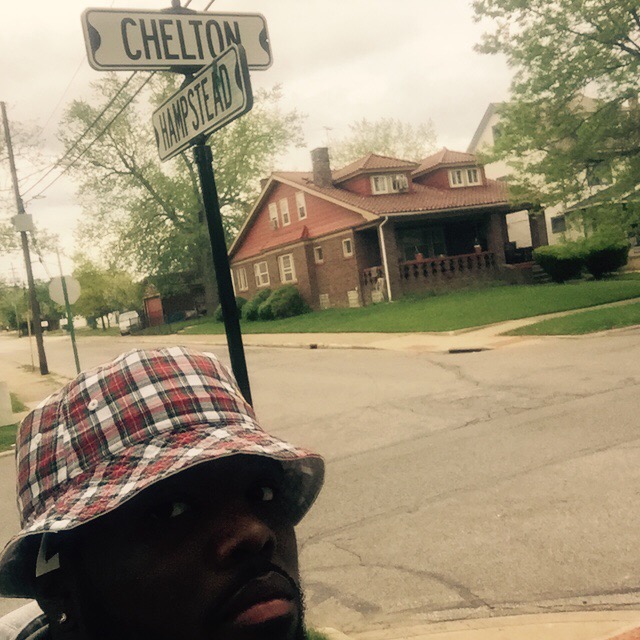 Me, on my block.
In football, my loyalties lie in Baltimore. When I first came of age and started paying attention to football there were no Cleveland Browns, just the Ravens and Buckeyes (2015 National Champions); not to mention I played linebacker and #52 was my idol.

Basketball is a completely different story. I’ve been a Cavs fan for as long as I can remember. I’m talking the Rickey Davis, Smush Parker, Shawn Kemp, Darius Miles days. Back when we had the blue and black jerseys. Back when The Q was The Gund Arena and Progressive Field was The Jake! Back when we used to catch the rapid to Tower City, cause havoc and get put out the building by the Mounties.

Let me explain something to the outsiders.

People in Cleveland never had much to look forward to in general and were only promised heartbreak from sports, losing in the most embarrassing and ridiculous ways possible (The Drive, The Shot, Red Right 88, The Elbow, The Sweep, Delonte West).

Cleveland is a cold, bitter, and destitute place. The economy is fucked up, the white people are remarkably difficult and racist, Seattle has less cloudy days (no seriously, that’s a fact), salt creates fucking moon craters in the road like the Hulk has come through, and you’re liable to get killed walking your dog in 70 percent of the city.

You all get the point.

The city of Cleveland changed on June 26, 2003 when the Cavaliers selected LeBron James.

Nigga came on stage wearing all white because he knew he was the city’s savior.

I remember it being an epidemic. Talk about how he had a Hummer and a Sprite contract and a Nike contract. I remember every fucking kid had a pair of Zoom Lebron 1’s. A particular memory sticks out in my head of a white kid having a pair on at school, a foreign concept to our black asses — LeBron had crossed over before he even dribbled a ball.

The King and a few Lions.

In the next seven years LeBron would give the city the best sports it had ever seen. The “Kardiac Kids” Browns from the 80’s were good. Mark Price’s Cavs were good. The Indians were always good, but none of them consistent.

The Cavs improved every year. First round exit, then semi finals, then conference finals, then a Finals appearance. The city was on fucking fire!

A lot of people don’t know that during LeBron’s first reign that every single home game sold out. Cavs games were a weekly holiday in Cleveland. The economy was booming off of bars, restaurants, merchandise and parking alone. I remember going the Cavs-Lakers game back in ’07 and downtown Cleveland looking like fucking Mardi Gras.

In 2010, The King went to get some help and learn how to win. He went to college down in Miami, went to four straight finals and got himself two consecutive rings. Not bad.

But this isn’t a history lesson.

At this point, LeBron James’ greatness should be undeniable, but some people don’t seem to understand, so I’ll clear it up.

First thing foremost, LeBron is headed to his fifth NBA finals in a row, a feat that many great names haven’t even come close to. Kobe has gaps in his finals appearances and Even the GOAT Michael Jordan took a two year break to play baseball after his father was killed by the mob because he refused to throw the finals.

Oops, did I type that?

LeBron left Cleveland after the ’09-10 season and we went 19-63 while he fought to the NBA Finals. The next year we went 21-45 as LeBron won his first ring. The following year, 24-58 while LeBron won his second ring. Even when Miami fell to the Spurs last year, LeBron’s team was in the NBA Finals again while the 33-49 Cavaliers were at the crib, chilling, per usual.

LeBron left Miami to come home this year and the Heat went 37-45. Where are the Cavaliers?

The man leaves a team and they don’t even make it to fucking .500. The team he’s apart of reaches the pinnacle of the sport every year for five fucking years. What else do people want from this man?

Not only is he leading his team, the man is scoring, rebounding, and assisting at such an efficient rate that he’s crushing records. At 30, LeBron is the only player to average 27 points, 6 rebounds and 6 assists in his career and the youngest to reach EVERY POINT MILESTONE from 1,000 to 24,000.

He’s hit the big shots, he’s played through injuries and he’s made every single player on the team better. Shumpert is out there looking like a star and for God’s sake the token nigga of the NBA, J.R. Smith, is going to the NBA Finals. 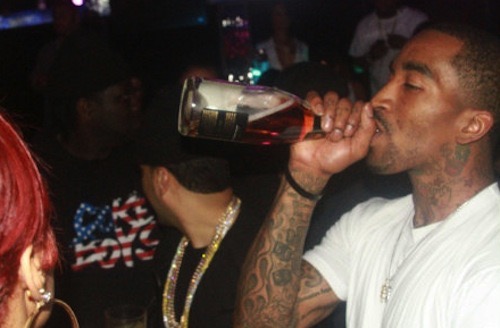 Not Carmelo, Not Blake Griffin, Not Harden, not Howard, not CP3, but this nigga.

This is a redemption for the city of Cleveland.

Like I mentioned before, there isn’t much to look forward to back home. I’m sitting here thinking about all the cities that we beat to get here and the things they have. The city of Atlanta is Black Hollywood. They’re shooting movies and videos here on a daily. You’re liable to run into a rap legend at the fucking grocery store. Chicago boasts one of the greatest sports legacies in America in addition to an amazing skyline, world renowned food and Michael Jordan.

When LeBron left in 2010, he did it the wrong way, but it didn’t hurt me because I was already gone. The people of Cleveland were more upset about having to stay opposed to LeBron leaving. They were hurt and angry that they had to go back to being bored and hopeless during the week. Angry that the jobs and a chance at glory was leaving the city. They burned jerseys, cried, screamed. The owner even penned a hateful letter, insulting the man who had done so much for his team, wallet and city.

The true hurt came from the love. The people of Cleveland felt betrayed as they watched their golden boy bring an already affluent city two more championships. A city full of millionaires bordered by the Atlantic Ocean deserved two rings more than the hard working, die hard fans of the poverty stricken industry city? Almost like watching your partner leave you for someone better and give them the world.

All that doesn’t matter now. The sweep in ’07, the two rings in Miami, the decision. it’s all irrelevant.

As of today, the Cleveland Cavaliers are four wins away from an NBA championship. LeBron James, the hometown hero who turned the streets of the city gold, left it for dead and then restored the glory that he previously instilled is four wins away from something else. This NBA Finals is a shot at something much more significant than an NBA title.