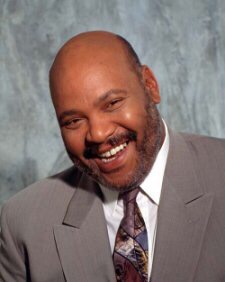 The older I get, the more I realize how convinient and logical traditional gender roles are. Maybe it’s just my personal experiences with women or my ego, I don’t know.
Get an education, get some money, find a good woman and raise a family. Simple guidelines, right?

They say that the man is supposed to provide and protect. Bring home the bacon and take care of the outside of the house. Make sure the bills are paid and the wife is happy. Right?

Being a provider, I’ve realized that very often when you’re paying for everything and financing a lifestyle, the woman feels helpless. She feels that at any moment if she decides to act any other way than the way you want her to, that you may snatch her comfort from under her. In addition to that helplessness, she may also feel unbearably comfortable or entitled, and respond irrationally when you cannot or will not do something.

On the flip side, if you aren’t doing anything at all, or what she feels is enough, you are absolutely the worst nigga of all time and she doesn’t know why she’s even fucking with you.

So what’s the right thing to do? Have a balance.

I am a firm believer in the traditional male role, but I still believe that a woman needs some money of her own so she can do the things that her man can’t or won’t. That way a codependency won’t foster. It’s very important for a woman to have her free will and independence. It’s a relationship or marriage, not slavery, my nigga. Plus, what happens if the man goes down completely or fucks up badly?

He’s going to need his shorty to hold it down for the time being, for however long that may be and when shit gets back straight, she should be rewarded because technically, that isn’t her job.

What shouldn’t happen is emasculation, berating and consistent scolding. Players fuck up too.

During my journey into manhood, I’ve noticed something. We have seen Men do so little for so long that we expect great praise and honor for doing exactly what we’re supposed to do.

“These niggas ain’t providing like me. These niggas not making sure you straight, taking care of you and the house. I deserve xyz, etc.”

Being young and black, there’s a high percentage that you grew up with a single mother. Mothers tend to raise daughters and coddle sons from the world, thus transforming the natural role of the man from a provider Into a consumer.

Get some education, get some money, buy a house, find a good woman and have some kids. It’s your job to keep the food on the table and the lights on, and don’t expect shit for it. It’s what you are supposed to do. Just because so many men aren’t fulfilling their obligations it doesn’t make you special for fulfilling yours.

Being a provider is a 360 role. Financially, spiritually, emotionally. You gotta be a rock. Solid in every single realm. To the female readers who have been screaming “YASSSSSS” for the last 5 minutes, remember to show your local negro some appreciation, whether he asks for it or not, and don’t get to fussing when he tells you “no.” It’s probably a good reason behind it.

Black Love over all.

One thought on “What Happened to the Breadwinners? ”