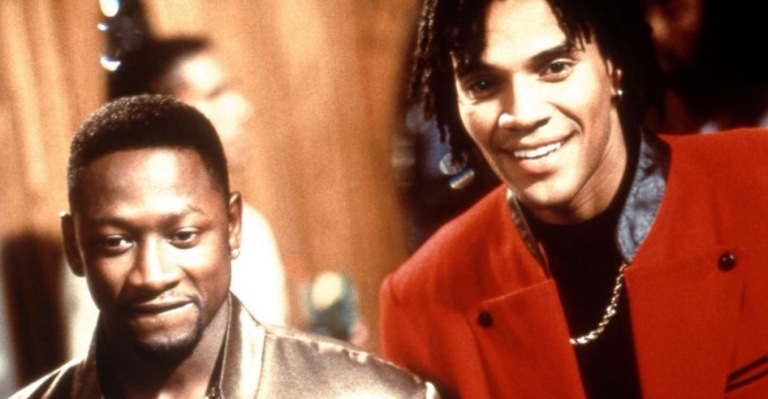 Michael Jordan is considered one of the greatest basketball players of all time not only because of his God-like athleticism and incomparable skill, but his innate ability to close. His clutch gene. Being able to win late in the game when the stakes are high and the pressure is on.

As I collect experiences, I’ve realized how uncommon pivotal male skills actually are. Time and time again, The company and I are in these dark, beautiful nightclub or bar settings and watch man after man crash and burn in an attempt to interact with and ultimately woo a quality woman successfully.

That chicken-shit, mumbo jumbo, Cracker Jack, cereal box ass game will get you nowhere with the type of woman you want to close on. Anything said without tact will fall upon deaf ears and all corny acts will lead you directly to the friend zone. Just like anything else, there are rules to this shit. A set of guidelines to follow, a formula!

Closing on a woman is like hunting in the wild. You must capitalize on the fact that women come out the house with the intent to catch a man while having fun or have fun while catching a man.

A lion, or a thorough nigga in our case, does not hunt sickly prey. It’s easy to catch a little thirsty rat-thot at the bar, but will that satisfy your appetite or end in a genuine connection? Absolutely not. If you want that zebra, that big fish, that cut of bad bitch mignon? You are going to have to plan and execute WELL.

Don’t be afraid to fail, gentlemen. You have to have some balls. The worst thing she can do is say no, or turn you down. Maybe throw a drink in your face. Set that fragile ass ego aside and make a move.

It’s on you to initiate. With the exception of a select few, most women will never make the FIRST move. Women don’t make moves, they give hints.  As you progress in life you will learn that picking up hints from a woman is the key to success not only while macking, but also while in a relationship. 9/10 when you ask her what she wants to eat and she says “Idk, whatever you want” it’s because she mentioned exactly what she wanted or had a taste for sometime earlier in the day. Whether she mentioned it to you or not, ain’t her problem, you just supposed to know! “You can memorize Lebron James’ entire stat line from last night but you can’t figure out what I want to eat?!?”

I know that makes no sense, but I digress.

Point is, women don’t hunt. They present themselves with small, subtle playful hints.

The first and biggest hint out there is the response to eye contact. Naturally, you’re eyeing the woman that you want, right? The key to good eye contact from a male standpoint is to gaze at shorty. You don’t want to look like a predator and you damn sure don’t want to look weak, so you have to find a way to stare in a way that’s beneficial to the goal.

The reaction from eye contact is an easy way to tell how she feels about you. One of three things is going to happen. I’ll explain from worst to best.

One, she looks away and continues to look away as you stare. She’s not interested and You’re probably offending her, move on to the next candidate.

Two, she makes eye contact and maintains it. This may be accompanied by a seductive look. She is being playful, and saying “come talk to me.” She is interested, make a move, she wants to see what you’re made of.

Three! She maintains eye contact, looks away, and looks back. A smile may also be apart of this package. My nigga, you got her. She was waiting for you and only you to look at her. If she looks away and back more than once she’s thinking “Sir, come talk to me!” Or “Oh shit, that fine nigga just looked at me!” Women, Am I lying?

So you caught the vibe off the eye contact. It’s time to make a move, right?!?

Slow down, champ. The ball is in your court, what you rushing for? All the greats have a sense of timing. You do your best work at the right moment. I can’t call when exactly to make your move because it’s different for everyone.

If you move too soon, you look desperate. If you wait too long, she could leave. The one constant about when to make a move is how it feels. You have to squeeze that trigger when it feels right. You’ll know the window of opportunity when you see it.

If you get a few butterflies while making your approach, don’t worry. It’s just pre-game jitters, excitement.

Just remember, you two chose each other.

Once again, how you make your move is circumstantial to your surroundings. What you must do no matter what is strike up a conversation.

You make sure that you’re straightforward and deliberate in not only what you drink, but also acquiring the attention of the bartender. Women don’t like indecisive men who won’t assert themselves. Ask her what she’s drinking, then order for her. Keep a fly drink in your repertoire of each type of liquor. It’s good business.

Life is short and you can die any day. Why waste time being scary or doing the wrong things?

If you follow these guidelines I guarantee that you will catch something quality out there in the streets.

You decide whether you’re Michael Jordan or Patrick Ewing.

Luck favors the prepared and fortune favors the bold. Until next wave. . .

One thought on “Game Winning Shot: How to Close on a Woman. ”