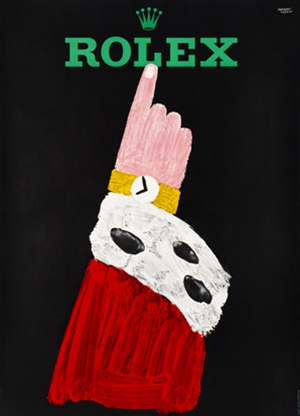 Prior to completing this article, I conducted a short social experiment. I asked twenty women between the ages of 21 and 36, half close to me, the other half not, a simple question.

“Why do so many women have trouble with accountability?”

LMAO! THAT IS EXACTLY WHAT I’M TALKING ABOUT.

Before the ladies could even consider the idea that a percentage of womankind (not all, because that would be sexist right?) could possess some sort of psychological or emotional flaw that blocks the ability to hold oneself accountable, they immediately deflected and placed the blame on me.

Let me give you all a few scenarios.

Two homies, Malcolm and Dominique, sit at a table drinking coffee and scrolling through a variety of aesthetically appeasing magazines. Malcolm is drinking a latte and it sits peacefully on the table. In an effort to reach over and grab a magazine, Dominique accidentally knocks over the coffee, damn! Dominique apologizes, cleans up the drink and offers to purchase another. Malcolm declines and the two go on about their day without any further issue, with the exception of a Hip-hop argument.

A romantic couple, Malcolm and Nicole, sit at a table drinking coffee and scrolling through a variety of aesthetically appeasing magazines. Malcolm is drinking a latte and it sits peacefully on the table. In an effort to reach over and grab a magazine, Nicole accidentally knocks over the coffee, oh no! BUT WAIT! For some reason, Nicole is upset!

“LOOK WHAT YOU MADE ME DO!

WHY IS THE COFFEE SO CLOSE TO THE EDGE OF THE TABLE?

YOU NOT EVEN SUPPOSED TO BE DRINKING COFFEE.

I AINT NEVER SEEN YOU DRINK A LATTE BEFORE, WHAT BITCH GOT YOU DRINKING LATTES?”

For some reason unknown to the audience, Nicole has placed the blame of spilled coffee onto Malcolm. In turn, Malcolm is upset for having to take responsibility for something that he did not do. Nicole then becomes angry with Malcolm for being angry with her and the two are both annoyed with each other until Malcolm decides to apologize. Malcolm takes Nicole to her favorite restaurant and ultimately takes the loss for the greater good of the relationship.

An extremely wise, highly emotionally intelligent woman once told me that for some reason, most women think that they’re absolutely incapable of doing dumb shit. The theory behind this ideology is simple. Because a woman goes through so many thoughts and emotions while making a decision, when she finally does decide to commit to something, whatever it may be, she’s made it up in her own mind and heart that it HAS to be right.

Therefore if something unexpected transpires, goes wrong, or she realizes that the decision wasn’t the best one, it’s everything in the world but her fault because she thought or felt it all the way through. Therefore, it’s not her fault.

The aforementioned belief kind of makes sense, but I just don’t understand why so many women have trouble admitting fault.

Maybe women get into relationships with the conscious or subconscious philosophy that they are “The One.”

If you believe that the sun rises out of your ass, you’re the most amazing catch and the greatest woman that this man has ever been with, whatever YOU do wrong HAS TO BE a result of HIS actions or the women before YOU because it can’t POSSIBLY be you. You’re infallible!

Maybe women have such an angelic view of themselves in their head that they would rather deflect and make you out to be crazy than to deal with their true selves.

Maybe bitter single mothers, broken homes, and media have trained women to believe that men are to blame for the majority of their issues.

The long-running stigmatization of men stereotypically being the culprit in the demise of relationships has allowed women to collectively get away with irrational behavior. Throughout history, women have justified a man’s faults as grounds to act illogically and vindictively.

My best friend in the entire world has been married for almost ten years. He told me in order to be in a happy relationship that you must one, love her more than you love being right and two, accept your role as the bad guy.

You’re a man, Malcolm. Everything is your fault.

Dealing with the opposite sex is a spectacular and necessary part of life, but occasionally it gets annoying as fuck, and here’s why.

In everyday life, stressful situations and especially relationships people have a lot of feelings that they need to express. The women always request that we men sit down and talk through things when we have a problem, right? Express ourselves and say what’s on our mind and heart right?

One of the main reasons that men internalize, would rather “come back when you calm down,” withdraw from arguments and apologize when we aren’t wrong is because we know that you all cannot be reasoned with until you fucking feel like it.

Whenever you approach a woman with an issue or try and tell her about herself, the first things she does is deny or deflect, every single time. If you have the fortitude to get past the first coup, keep her on subject, and pinpoint examples of the issue you have with times, dates, a notary, and screenshots, next, she’ll bring up your issues or shortcomings. Why? So she can attempt to flip the situation on you. Finally, if you have the resilience to get past the first two waves of emotional warfare, she will either shut down, cry or fly into an emotional rage.

At this point, you either comfort her, remove yourself from the situation, or let her transfer all that emotion to you. Your call, homie.

Most people, not just women, would rather place the blame on something else than admit to being shitty.

It is impossible to hold yourself accountable if you don’t think that you’re ever wrong. Human beings detest being incorrect and it’s much easier to admit no wrongdoing instead of owning up to your wack ass actions. Just because YOU don’t see anything wrong with what you’re doing doesn’t make it right. Women are very good at justifying things that only make sense to them.

Take it how you want, I’m just giving you the game.

I hope I set the Internet on fire with this one.

From the West End with Love,