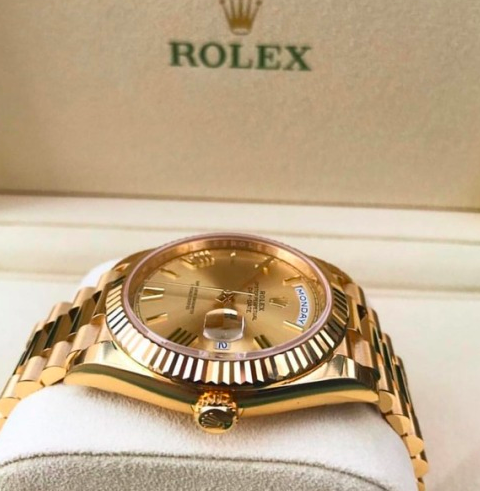 I know you’re either laughing your ass off or calling me an asshole because of the title, either way, I don’t care. I’m willing to be the scapegoat in exchange for being the voice of men all over America, who smile and lie through their teeth when they’ve gone out and put thought and money into gifts just to get the same pussy they’ve been getting all year.

As the day approaches, I’ve compiled data from happy couples and other men to help you ladies out. With no further ado, here’s the list.

I know this is subjective, but I’m formerly impoverished black youth who was raised by pimps and criminals, so my heart lights up at the thought of a woman buying me a gun. Regardless, you need a piece to protect yourself and your home because you can’t fight everyone and you’d rather get caught with it than without it, trust me.

Whether it be a handgun, shotgun, or assault rifle– ladies you can find a nice weapon for your man for $150 – $1,000. And just think how secure you’ll feel knowing he has it! As a matter of fact, pay for his license to carry concealed as well! It’s no more than $100.

You know your man. You follow him on social media and listen to his conversations with his friends. You pay attention to him, and if you don’t? Shame on you, you filthy jezebel!

Controller, DLC Package, Headset. There’s always a new game, new content or an accessory that a gamer needs to further his experience. Spend a few dollars and take care of bruh. It’s the thought that will really push him into euphoria. The fact that you took time out to pay attention enough to get him some shit that he didn’t even think you KNEW about.

What we remember more than anything in life are our experiences. For under $500 you can get this man a race car drive around a track, skydiving, an exotic car driving session or fucking flying lessons!

Rent a jet-ski, rent a speedboat, suck his dick in the open ocean. He’ll love you for it.

One of the best gifts I’ve ever received in my entire life is the Muhammad Ali graphic painting that hangs above my bed. It’s the centerpiece of my bedroom and I can’t thank the woman who got it for me enough.

There’s nothing like some art that’s relative to your mans’ likes. Whether he lives alone or you two live together, there’s more than enough fly shit to decorate a home with, and he will appreciate it.

If you aren’t dating a fly nigga, skip this section and boss your life up. Coconut oil and black soap for the body, a nail clipping set, some exfoliator. Go to the cologne counter and pick out a scent that you want to smell on him. If he has a beard, get him a grooming kit. If he has a baldy, get him a kit for that. If he has waves, get him a silk du-rag, new moisturizer, and a few new brushes. You can never have enough brushes.

He’ll put that extra effort into looking good for you just because you’ve shown him how much you care about his appearance. Go and pay his barber up for 10 haircuts.

Ralph Lauren brought back the SNOW BEACH collection and has the new USA COLLECTION out. Nike just released an AIR MAX 270. Whether the nigga is a purist, brunch-boot-Zara-wearing-Nigerian, Gucci-Louis-Balenciaga designer snob, sneakerhead or old navy sweater type of guy– get him some fly shit.

An ex once bought me windshield wipers. I, in turn, did unspeakable things in the bedroom. If you aren’t car savvy enough to know which connector to use during a battery jump, don’t stress yourself out. Instead, buy him a gift card to AUTO ZONE or ADVANCE or some shit like that.

Also, don’t be afraid to communicate! Ask his ass what he wants for his car or what type of speakers he was talking about. Put that pride aside.

Now, this is woman territory. Very often, you guys speak through emotion and wish to evoke emotion from your partners. It’s cool, I get it. Remember though, this gift is about HIM and NOT YOU. Look into his childhood, his loves, his fears. Something that he’s always talked or dreamed about during those late night sessions after sex.

Really dig into your repertoire and pull something out that’s going to make him remember you forever. It’s not often that someone pays attention to the wants and needs of men on a deep, emotional and psychological level.

I love women. Women are literally top two of God’s greatest creations, but ya’ll can be really fucking annoying. Women fuss and fight and complain and cuss and always defer decisions because they don’t want to take responsibility and fuss to they scoophead, flim-flam, bean head ass who don’t have to deal with they asses intimately (God I love being able to write black prose) friends, all while we DEAL.

We just deal. We shut the fuck up, listen to pissing and moaning and do our best to do what we’re supposed to.

On a consistent basis, men go to unthinkable lengths to see their women smile. I’ve seen niggas pawn, borrow and steal just to make sure that their lady was straight. On this day, just show some appreciation. Tell him that you know you can be a handful, that you know you’re a problem, but you appreciate him for everything. Lighten the emotional load.

Turn down your bitch factor just a few notches. He’ll notice the change.

And don’t you dare try to take any of this shit back or hold it over his head if ya’ll break up.